What Is Laser Hair Removal And How Does It Work

What Is Laser Hair Removal And How Does It Work

If you are contemplating investing in laser hair removal equipment and are a bit on the fence about it, this is the blog to read. There is a zero product advertisement here, but we are going to look at this method of hair removal from every possible angle and touch every aspect, compare different equipment, answer some FAQs, and discuss the advantages for spa and salon owners and those trying to set up shop at home.

Zapping unwanted hair with laser beams is somehow one of the more advanced popular grooming treatments in the U.S., favored by men and women of all ages, shapes, and sizes. We purposely said “somehow” because such widespread popularity and praise seems a bit surprising. Here’s why: this method is not at all pleasant; while it doesn’t really hurt, it isn’t a walk on the beach either. It is expensive and takes commitment and devotion to complete all sessions, which ought to be followed without exceptions. And here’s the most surprising part – nobody seems to mind! Amazing, isn’t it? Though, having thought about it for a hot minute, it isn’t that amazing or surprising because laser treatments have a lot of benefits. You’ll never have to shave, have messy bikini lines, disgustingly annoying ingrown hairs, noticeable-from-across-the-street upper lip fuzz, daily shaving, itchy patches, irritations, or spend money on gels for shaving, after-shaving creams, epilation creams, painful waxing, and much more. All of it is gone! And suddenly, the prospect of laser hair removal doesn’t seem as time-consuming, costly, or painful anymore.

Let’s us just say that you won’t have a difficult time recruiting clients. Laser zapping is as “in” as it ever will be; going “au natural” is mostly only preferred in makeup. Dreams of a razor-free life will keep the laser hair removing station in your spa or salon nice and buzzing. That being said, let’s move on and learn more about how a laser machine works and what exactly happens during, after, and in-between those hair zapping appointments. 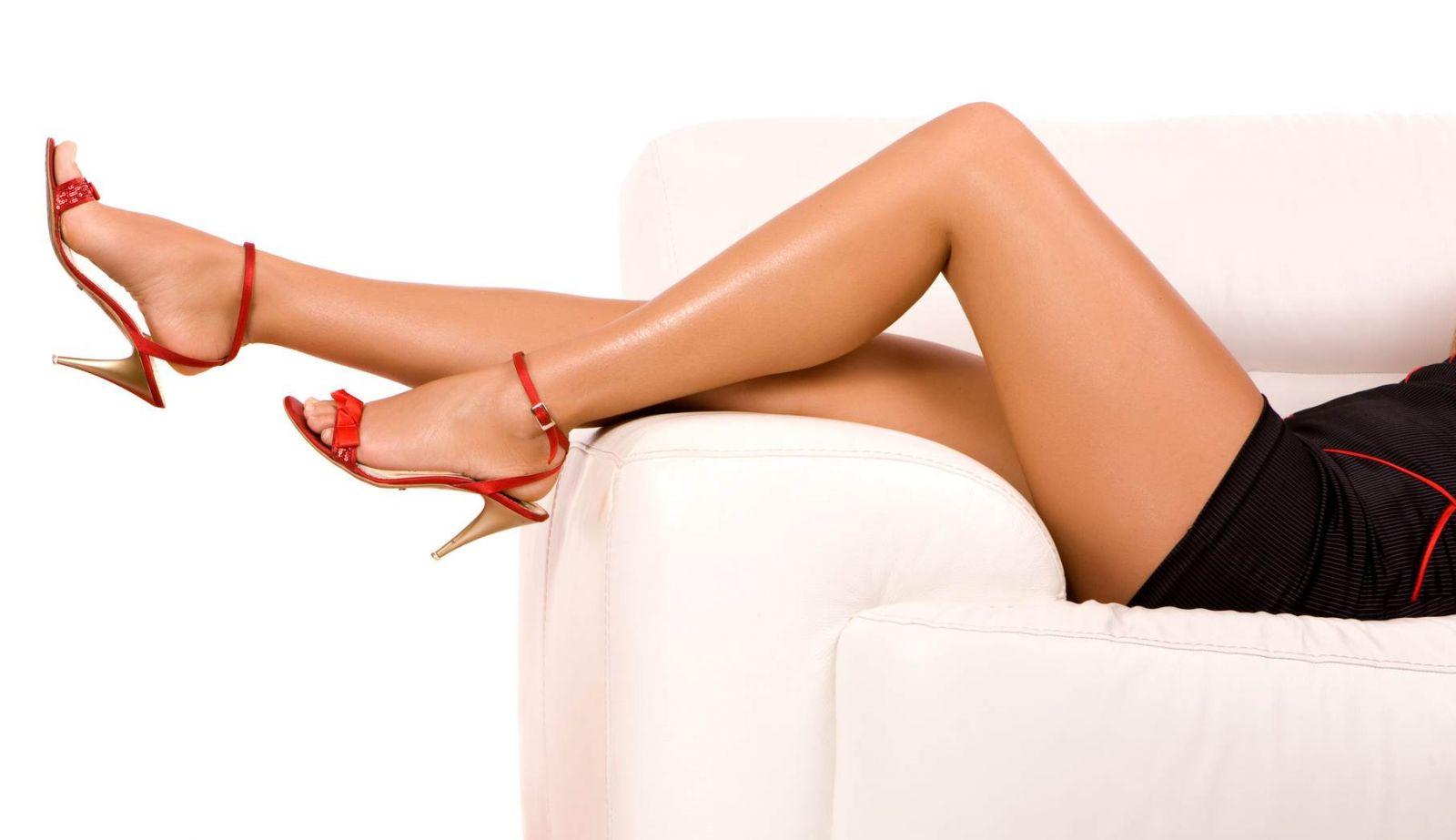 What is Hair Removing Method and How Do Lasers Work?

Laser hair removal is an advanced, innovative medical treatment designed to rid skin of unwanted hair. This cutting-edge technology will leave your customers fully satisfied with silky smooth skin. Laser machines emit pulses of infrared (IR) radiation that can bypass the skin without damaging or injuring it, then being absorbed by the dark pigment, or melanin, in the follicle or root of the hair. The beams produce heat that actually destroys the root and stops hair from re-growing.

The mechanism of emitting heat that damages the pigment is called photothermolysis. All surrounding tissues are bypassed without any damage, as they are unable to absorb the heat. Lasers, though being around for decades, began their journey into the beauty business only in the 1990s. For the longest time, technology wasn’t inclusive for all. Because the dark pigment of the root follicle is also the pigment of darker skin tones, machines couldn’t really differentiate the skin from the hair in many individuals. As you can imagine, blondes and those with grey hair were also excluded from the no-razor club. Only those with white skin and dark hair were treatable.

Nowadays, we can finally declare a victory... sort of...Because lasers work on almost any skin type (though blondes, silver-haired, and gingers are still excluded). Over the years, technology has advanced to the point where the laser beam energy bypasses any shade of skin and only targets the root pigment. However, make sure to check if the laser machine you are buying is among the new almost all-inclusive generation of lasers. We are, however, still waiting for the invention of the laser that targets blonde hair follicles. 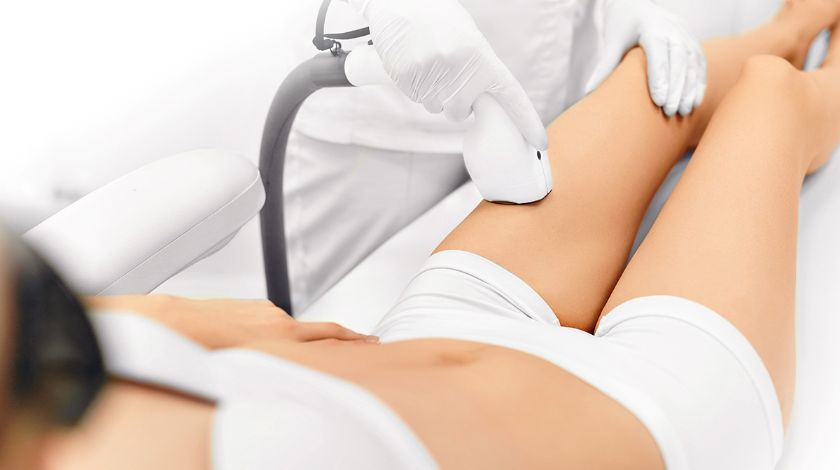 What Are the Different Types Of Lasers?

There are a lot of different lasers used in cosmetology. The wavelength, stones, and metals are all factors that differentiate one laser from another. Today, the beauty business is famously utilizing the following lasers:

Alexandrite is a greenish gemstone that emits a red wavelength spectrum and is commonly used in the beauty business. Then, we have the most famous, beloved, and embraced laser by hair removal business -  the amazing Intense Pulsed Light, or the IPL Laser; its light is absorbed by dark pigments and red blood vessels. Next, there is the CO2 laser. It is actually a gas that is colorless and has no detectable smell.  This one is usually used for skin resurfacing treatments. As a matter of fact, the IR Erbium laser is used for the same purposes as the CO2 laser.

The Diode as well as the Nd: YAG  laser are called dual because of their abilities to treat both darker and lighter skin shades; they are all-inclusive and overall effective with various skin tones.s
We have the yellow-colored beam of the Pulsed Dye laser that is used for scar treatments. The QSwitched and the Picosecond are both used to remove discoloration and tattoos. 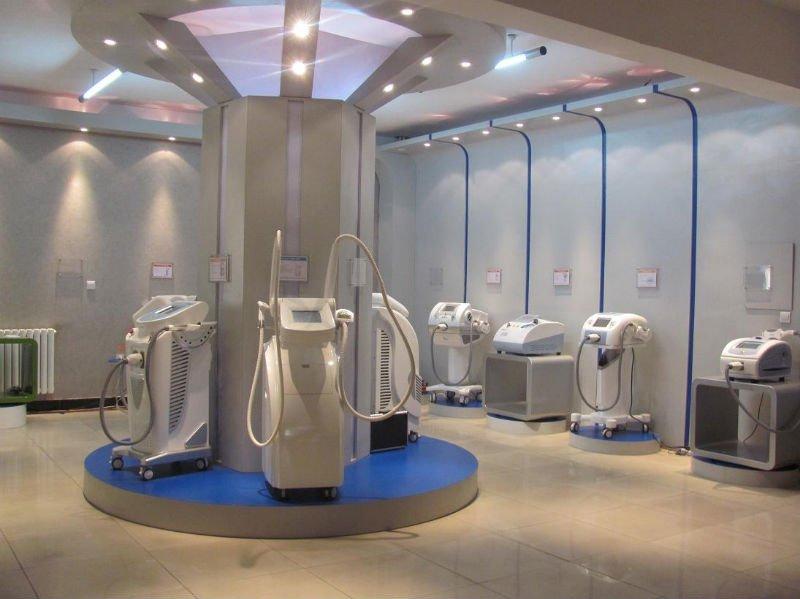 What Makes a Treatment Successful and How Effective is Laser Hair Removal?

The overall success of laser therapy depends on a multitude of different conditions and factors that could at times be completely unrelated to you and your level of expertise. But if we were to pick a few factors to influence the outcome of procedures, they would include:

These are some frequently asked questions. You can actually help your future customers by posting some of the answers on your website or just making a series of social media posts out of them. It is a good way to advertise your laser business and show your customers how much you listen and care.

Results are permanent and irreversible. As a rule, there are anywhere from six to eight laser sessions planned for each person. The number of sessions actually depends a lot on the hair growth cycle. You may need to explain to your customers that some hairs that won’t be damaged by the beam during the treatment series may start growing at a much later point in time. This doesn’t mean that the regrowth process has started, but they may need to come in later for one or several touch-up laser sessions.

Does It Hurt and What Is The Healing Process?

The level of pain from laser therapy is individualized this isn’t a pain-free treatment, but it doesn’t mean that it is unbearable—it means your clients may feel some sensation during the treatment. People have compared the beam hitting their skin to that of a rubber band snap. So if your customer is sensitive to pain, you can offer them a painkiller—something along the lines of Tylenol or numbing cream.

The healing process, just as everything else with this treatment, dramatically varies from person to person. But, generally, the skin is A-OK just a few hours after the procedure. There may be a few side effects, and although they rarely occur, you should discuss the possibilities with your client.

What Is The Average Price for Lasering Hair?

Believe us, everyone knows it’s a costly procedure. Prices, of course, depend on the area being treated, but as a rule, they start at around $70 per session for the upper lip area and $650 to $800$for the legs. However, you have to set your prices depending on your geography. We’re sure you’ll be able to compare prices for hair removal in your area in no time. Though prices may feel a bit steep, take some time and just add up the following with your customer: costs of purchased hair erasers, creams, shaving gels, waxing strips, salon leg, bikini, arms, face, and brow waxing sessions during just one year, and we promise the price will suddenly seem reasonably low.

How Long Do the Treatments Take?

Overall, most hair removal treatments are pretty quick, especially when treating small facial areas. For example, an upper lip treatment generally takes around 5 minutes. And the largest body area—the legs—can take up to 40 minutes, which is not that bad at all. We suggest  offering your clients complimentary facial steam with aromatherapy during a leg treatment so time will fly by.

Can You Shave Prior to Hair Removal Treatment?

Yes, this is another huge benefit; you don’t have to grow a scary forest on your face and body between treatments. You can even wax the area up to 10 days prior to laser hair removal and it won’t make any difference. having is fine even the day of, as the pigmented follicle will still be intact. In many cases, shaving is actually preferred and recommended, because we want the laser to target and destroy the root rather than the hair itself.

How to Regrow Hair After Laser Hair Removal

Fortunately, it cannot be regrown. It is a permanent solution for unwanted hair.

What is the worst thing you can do that will completely ruin the laser zapping experience? Exposing the skin to the sun before and after the treatment is actually the worst thing a person undergoing hair removal treatments can do.  This can trigger burns and blistering and can dramatically change the color of the skin. Make sure that you have a questionnaire and a list of precautions that you can send to every client before their treatments.

What Are The Main Side Effects?

The side effects are rare; though when they occur may include:

Is the treatment worth it?